Jackqueline Benson, mother of the late University of Texas and NFL football player Cedric Benson, told her son to 'strive to achieve.'

Now that saying will echo for years to come at Gus Garcia Young Men’s Leadership Academy as the school announced a new mentoring program Friday, August 20th, dedicated to the star football player.

The Cedric Benson Mentoring Program will celebrate and remember Benson's legacy and maintain his commitment to mentoring young men.

“I am really thankful to the school for what they have done by bringing Cedric in on this program,” Jackqueline Benson said. “All the dreams that young men want to do, I just want to be a part of it, and I want Cedric's legacy to be a part of it.”

The program will provide mentors who focus on STEM, reading and social justice with the goal of encouraging young men to pursue higher education. Mentors will engage students in conversation while sharing their expertise, experiences and the importance of education. There will also be opportunities for speakers to address students.

“This program will allow community members to come in and mentor our children and track academics,” said Garcia YMLA Principal Jose Mejia. “Above that, it will go beyond basic education. Our children are going to get career awareness, they're going to get mentorship, and life experience that you won't get anywhere else.”

Benson began to emerge as a football stand-out in the eighth grade, and went on to have a successful high school football career in Midland, TX, where he led his team to three consecutive state championships. After graduating, he played running back at the University of Texas, where he majored in sociology and social work, igniting his passion for mentoring young adults.

Benson rushed for over 5,540 yards as a four-year starter at Texas, becoming one of the top prospects in the 2005 NFL Draft and was drafted fourth overall by the Chicago Bears. Benson rushed for over 6,017 yards in the NFL and played for three different teams, including the Cincinnati Bengals and Green Bay Packers, before retiring in 2012.

In 2019, Benson died in a motorcycle accident in Austin, Texas at the age of 36 years.

"Anything in life you want to just strive to achieve it,” Jackqueline Benson said. “So that's what we are doing here."

Benson's jersey and picture were placed in a trophy case at the Garcia YMLA gymnasium. 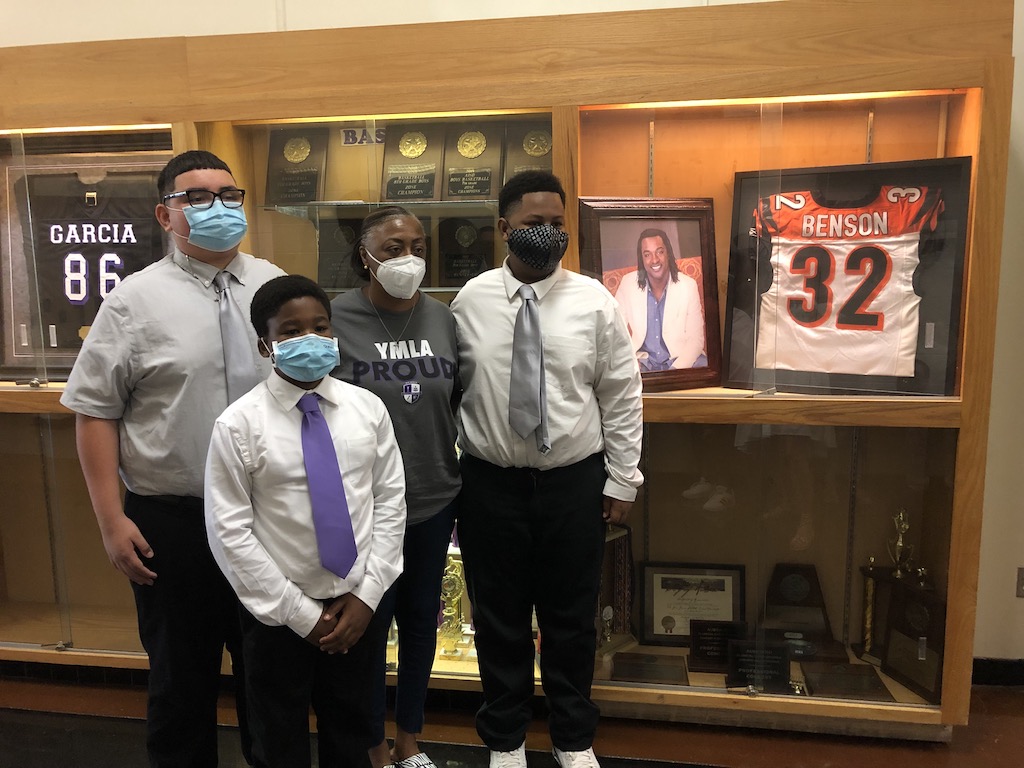 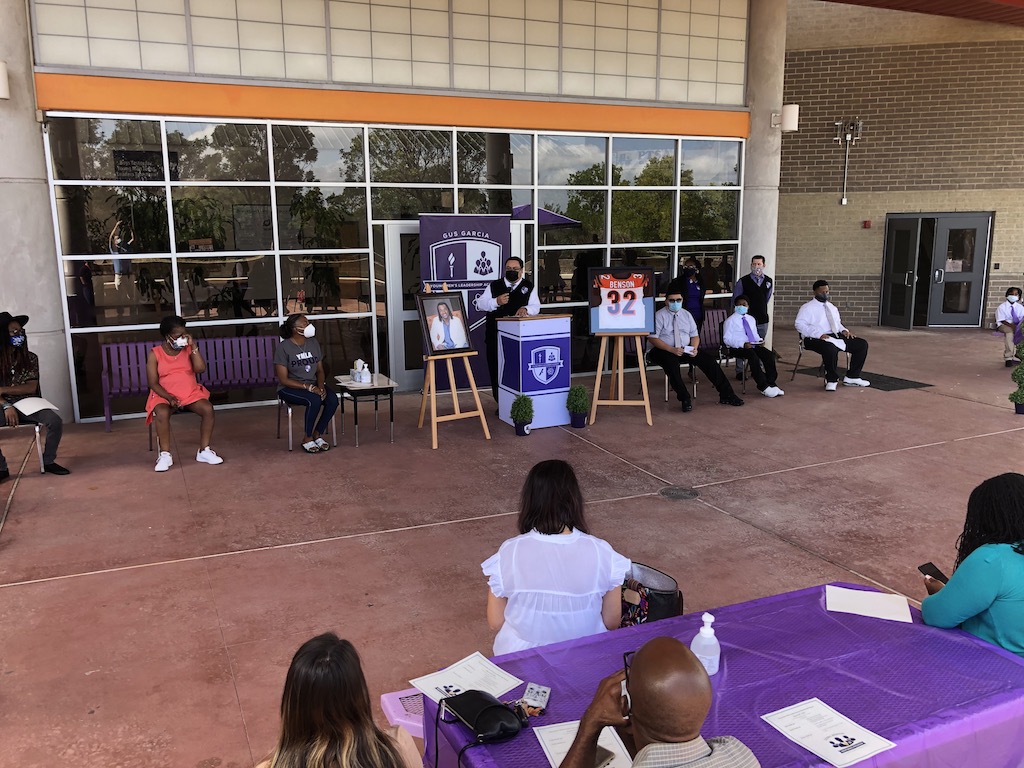 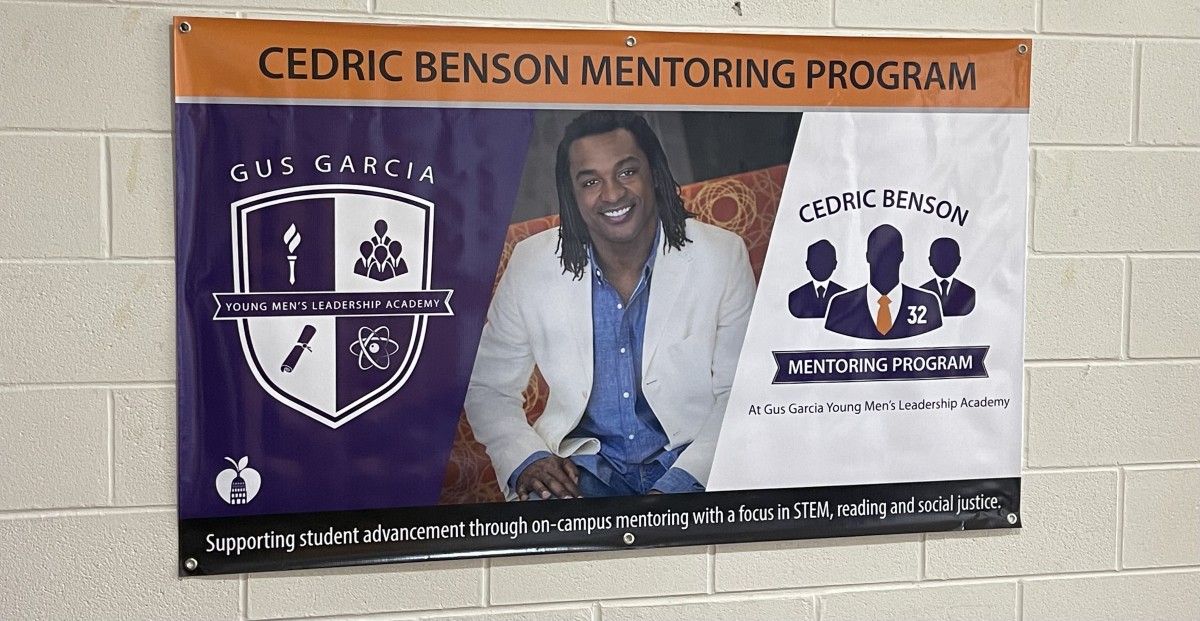