Garcia YMLA will partner with the Cedric Myron Benson Trust to help support student advancement through on-campus mentoring with the goal of preparing and encouraging young men to pursue higher education.

To celebrate Cedric Benson's legacy and maintain his commitment to mentoring, Garcia YMLA is honored to become home to the new Cedric Benson Mentoring Program.

This program will provide mentorship opportunities in STEM, reading, and social justice through organizations and individuals who share the passion of mentoring Cedric Benson provided throughout his life - both on and off the field.

Mentors will engage students in conversation while sharing their expertise, experiences and the importance of education.

For more information about the program, email Principal Mejia at jose.mejia@austinisd.org 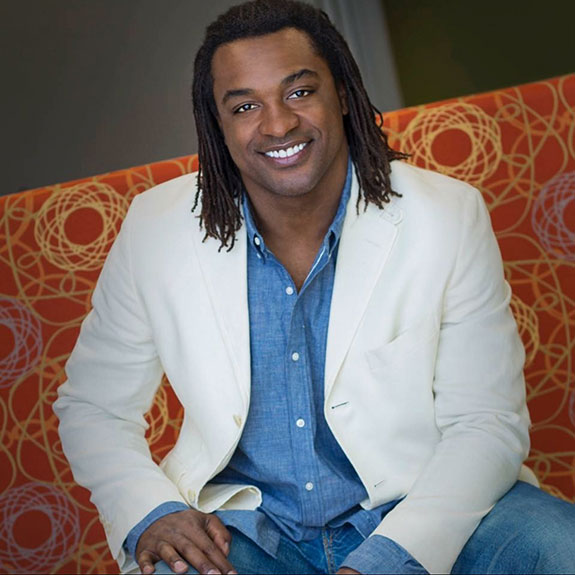 "You have to work harder than the next man." - Cedric Benson

Cedric Benson began to emerge as a football stand-out in the 8th grade while attending Abell Junior High School in Midland, TX under Coach Chris McKinney. Benson went on to attend Robert E. Lee High School and finished his high school career with 8,423 rushing yards (the most in Texas 5A history, the largest classification at the time, and the fourth most in Texas high school football history). He led his team to three consecutive State Championships and rushed for a total of fifteen touchdowns in the three championship games.

Benson rushed for more than 1,900 yards in only nine games. He rushed for over 3,500 yards (51 touchdowns) his junior year in an undefeated State and National Championship season. He was the first high school player ever to make the cover of Dave Campbell's Texas Football annual magazine. Benson was also a center fielder on the baseball team. As a senior, in District 4-5A games, he hit a .361 with four home runs and 14 RBIs.

Benson went on to attend the University of Texas at Austin, where he was a four-year starter for the Texas Longhorns football team. As a senior in 2004, he received the Doak Walker Award as the nation's top running back and was recognized as a consensus All-American. He finished his college career with 5,540 rushing yards to rank sixth all time in NCAA Division 1-A history.

Benson continued his football career as a running back in the NFL when he was selected by the Chicago Bears as the fourth overall pick in the 2005 NFL Draft. He also went on to play for the Cincinnati Bengals and Green Bay Packers.

Cedric Benson was a constant mentor and tutor to young students seeking an opportunity to work hard and dream.